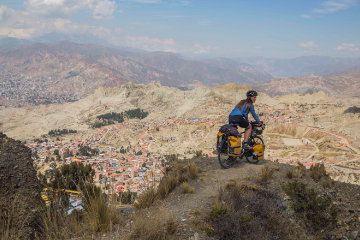 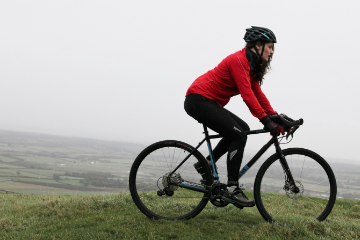 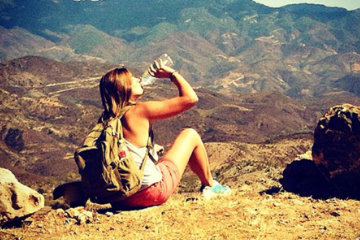 “I want to know that I have experienced everything that I can and to know that I have chosen how I live my life. I want a life like no other. I want to be one of those ‘how does she do it’ people. I want a life of extraordinary tales. Every step I take gets bigger but I had to start off with one baby step; things don’t just happen, you work up to them step by step. ”

Laura Bingham (27) is a British adventurer, having travelled extensively in her early adulthood, Laura, who speaks fluent Spanish, ditched conventional English life to live in Mexico teaching English and helping a jaguar conservation project for the Mexican government.

In 2014 she make the bold decision to attempt to sail across the Atlantic Ocean. With zero experience she blagged her way onto a 38ft trimaran, alongside two sea-faring blokes and a cat called Cuba. The passage took two months, with an enforced week stop-over in the Azores because of dangerous weather conditions (had the boat been caught in the heart of the storm it would almost certainly have been destroyed). Laura was on the night shift (midnight to 4am at the helm of the boat) was witness to some extraordinary sights: numerous whales, several pods of dolphins, nights full of impossibly bright stars, and many sharks.

In 2016 she set off to attempt to cross an entire continent without any money – completely human-powered. Laura was raising both money and awareness for Operation South America, a charity that looks after homeless or abused girls and young women in Paraguay. By travelling with no money Laura began to catch a small glimpse of a life without financial or social stability, during this six month period through Ecuador, Peru, Bolivia, Paraguay and Argentina, she ate left-over scraps of restaurant customer’s plates, rummaged through bins, and foraged in garbage tips in search of edible food trash, was gifted food from shops, families and kind strangers.

In 2018, Laura successfully lead a world first expedition to located the source of the Essequibo River, Guyana, and then make a decent by kayak. Her team at strongest consisted of 5 male guides, her two fellow female comrades, Ness Knight and Pip Stewart and a camera man. Her journey took her through traitorous jungle and overpowering waters until they battled the ocean currents to arrive at the Atlantic Ocean.