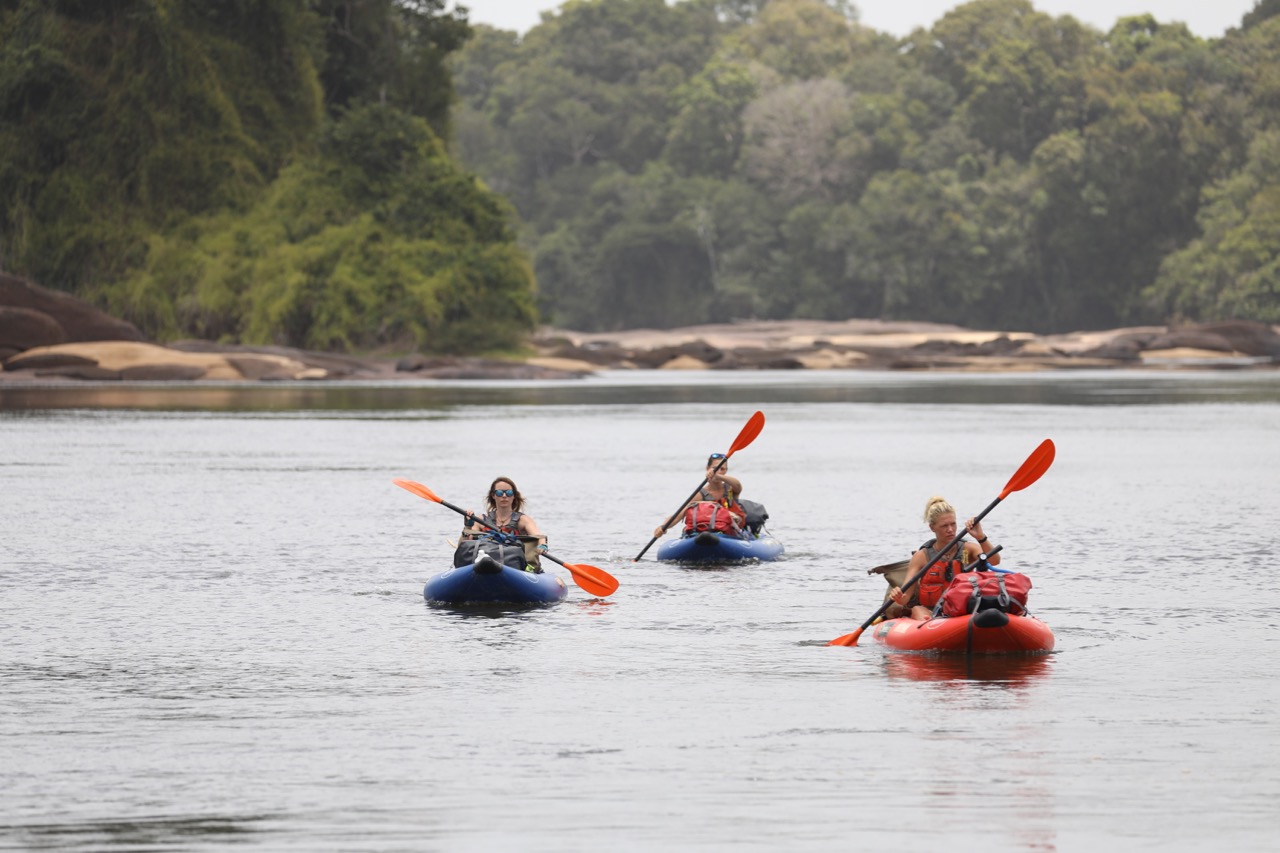 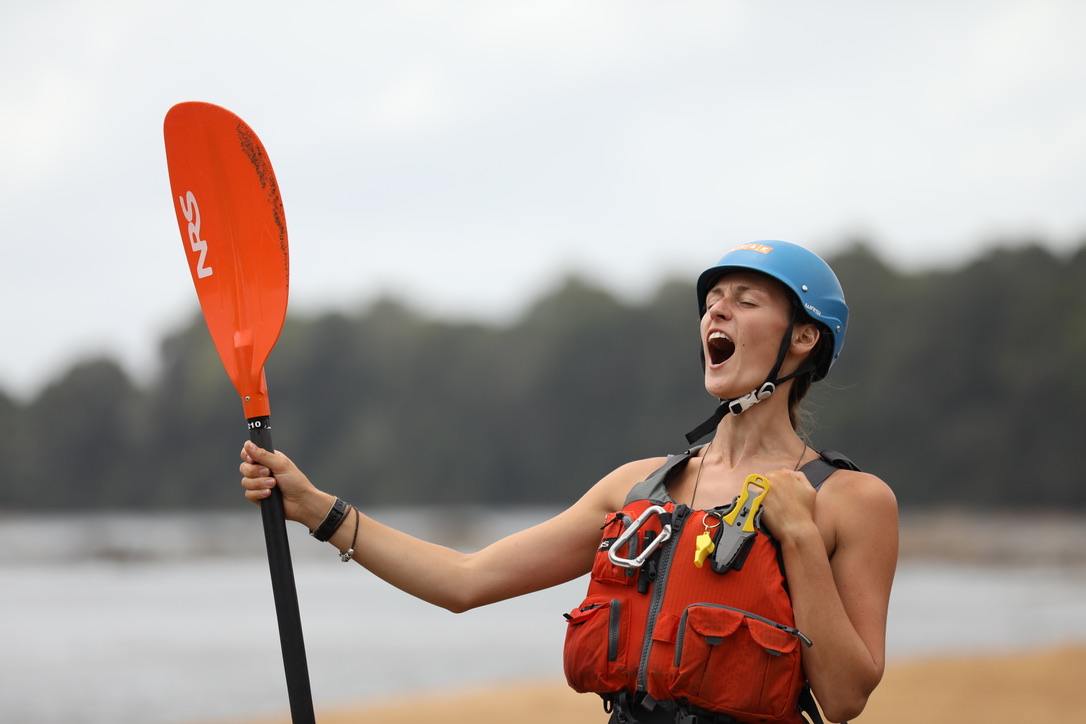 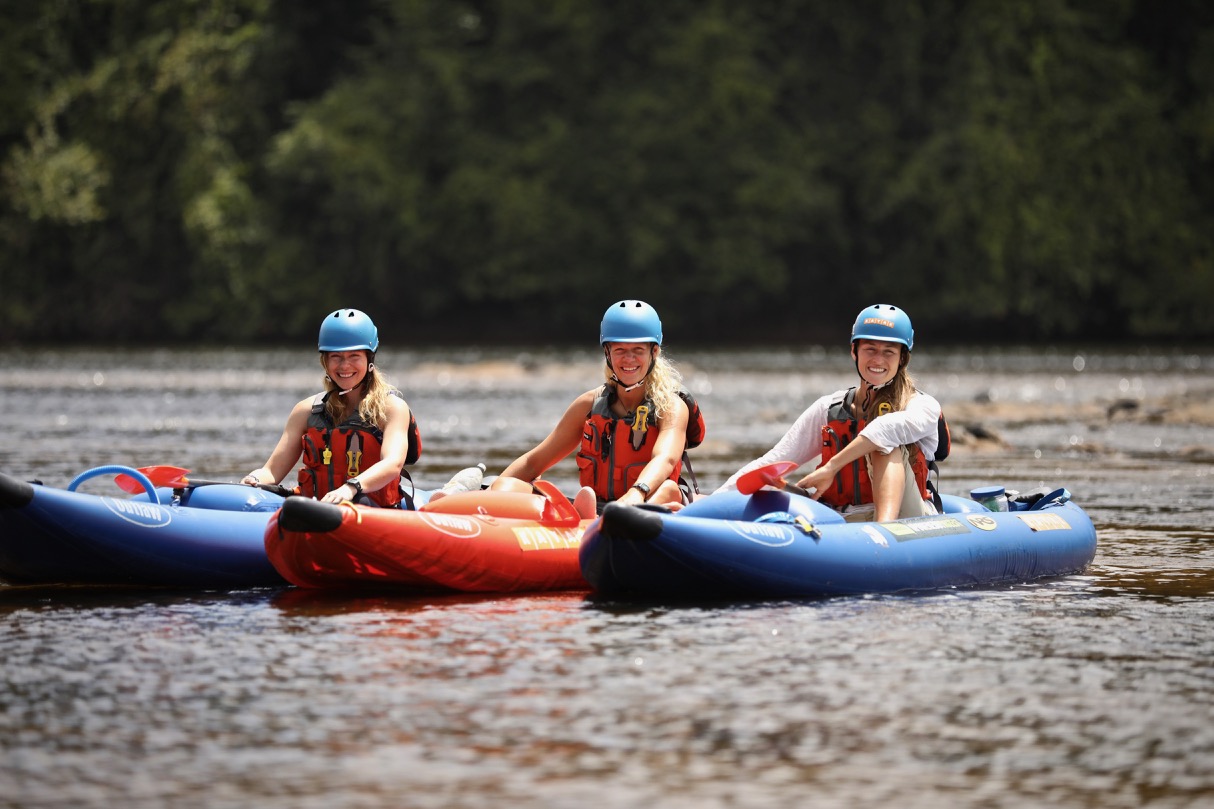 From its remote jungle source in the Acarai Mountains on Guyana’s southern border with Brazil, the Essequibo River flows north for more than 1,000 kilometres – winding, twisting and roaring through the rainforest until it discharges into the Atlantic Ocean.

South America’s third-largest river (behind the Amazon and Orinoco), incredibly, the Essequibo had never been navigated from source to sea.

In February 2018 Laura Bingham led an all female team to descent the river. Along with her team mates Ness Knight and Pip Stewart, Laura trained to become proficient in paddling big rivers.

The expedition, that begins in the land of the indigenous Wai Wai tribe, took ten weeks in duration and the ladies fished to supplement their protein whilst sleeping in hammocks by the side of the river each evening.

Unlike many parts of South America, 70% of the natural forest remains, and the country boasts one of the highest levels of biodiversity in the world. The ladies paddled through untouched rainforest encountering giant river otters, capybaras, caiman, jaguars, tapirs, giant anteaters, various species of monkey along the way.

The team succeeded to be not only be the first female team to run the Essequibo, but the first people (male or female) to ever navigate the river and have earned a World Record by doing so.